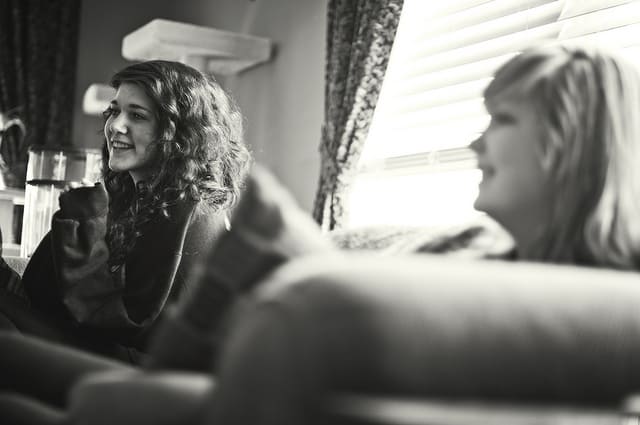 When it comes to friends and family, the truth is that I don’t agree with all of them about everything.

I think you would be hard pressed to find someone who said that they did, though.

That doesn’t mean I think my friends and family — the ones I disagree with — are wrong, or bad, or condemned.

For whatever reason, though, we are all where we are at on this journey in life right now.

I may be a wheat today, but a weed tomorrow. The same could be said for anyone else.

I’m here, where I’m at. You may be somewhere else — closer to accepting the Church’s teachings, or further away from them. But ultimately, we’re all on some linear path, I believe, that will hopefully get us closer to God in our lifetime — and, God willing, after.

So I choose to live my life in accordance with His will, with His Church, as best as I can.

Part of that includes sharing His message with other people; yes, even with my friends and family who don’t believe it (yet) or who may never be open to it.

But that doesn’t mean it’s not worth trying.

I’ve fooled myself before, thinking that any awkward moment was a bad moment. If something was even slightly uncomfortable, I would walk away from it thinking to myself — well, I won’t do that again, or — that was bad, and probably didn’t do any good.

But awkward does not equate to something being bad. Not always.

Sometimes, awkward is a catalyst for change. Sometimes, it’s a highway.

Or, think of it like taking a cab from point A to point B. The cab driver might be a little weird, but getting to point B is still good.

I guess what I’m getting at is that I hope you won’t be discouraged by awkward moments when you’re talking about your faith.

Sometimes, awkward is just the transition from something being okay to good, or good to great.

But in the very least, give those awkward moments a chance 🙂 God can work through them.

“A challenge: this week there will be a moment to love and bless someone that will require you to do something kind of messy, which could be described as potentially awkward. Don’t let ‘awkward’ win. Don’t run and hide. Live in the mess. Chose to love instead.” (Joey McCoy)