His family is your family too (and that can be a good thing!) 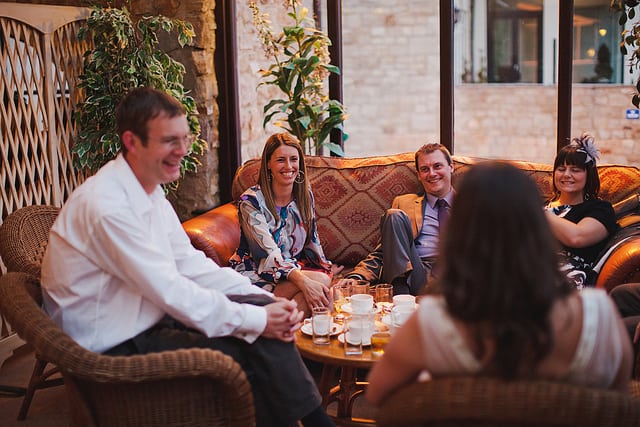 There are countless blog posts by wives writing about what they wish they’d known before they were married. I love those posts! And now here’s one by a husband — three things he says he wish he knew before he got married.

Nick Pavlidis, A Terrible Husband contributor, says this one thing is something that could have saved him a lot of heartache if he understood it well before getting married.

I think it’s something that could save a lot of couples a lot of heartache, so here it is!

“3. Her family is your family.

“I’m blessed that I come from a great family. My wife’s family is large, about twice as big as mine (at least in the U.S. – don’t get me started counting the Pavlidi (is that the plural of Pavlidis?) in Greece….). And they’re great, too.

“For the first several years we were together we argued about “family time. ” On Christmas, spending 1/2 the time with my family and the other 1/2 with hers didn’t work out because her parents had divorced and remarried when she was young. So we had three full houses to visit. It frustrated me because I thought it was “fair” to divide the time up 1/2, 1/2 between my wife and me. She thought it wasn’t fair because then her parents would each only get 1/4. She thought it was “fair” to divide the time 1/3, 1/3, 1/3. I didn’t think it was fair because then we’d be spending 2/3 of the time with her family. Yes, we argued about stupid things like that. At one point I even “offered” 40%, 30%, 30%. I thought that made me the righteous one… It didn’t sound as stupid back then… at least to me it didn’t…

“After a few years of arguing about this (seriously…) 3 things about this caused me to think and act differently. First, it doesn’t really matter how much time you spend with a particular person on one particular day. Even holidays. What matters most is how you treat them every day. So who really cares if we spend 2/3 of the time with “her family” and only 1/3 with mine, or whatever?

“Third, her family blessed our marriage. They welcomed me to the family. They love me. They support me. They support us. Sounds like family to me. And while I’ve always loved spending time with her side of the family, it was “her family” for a while and I felt the need to “defend” time with “my family.”

“Once I accepted those two things, it didn’t matter what percent of time we spent with whom. We see everyone. They know we love them. They’re all family. I was pretty much arguing for the sake of arguing after a while. To win, so to speak. Man, how many stupid fights I could have avoided if I had just realized that six years ago….”

Sound familiar? 🙂 I bet most of us can relate.

My mom always told me when you marry a man, you marry his family… And almost three years into marriage, I’m here to tell you she was pretty much right! (Hi, Mom!) And that can be a good thing.

p.s. I want to share one more photo! I’ve always loved this perspective — the faces of all your family & friends behind you, supporting you, cheering you on, as you get married and become one. Isn’t it beautiful?! 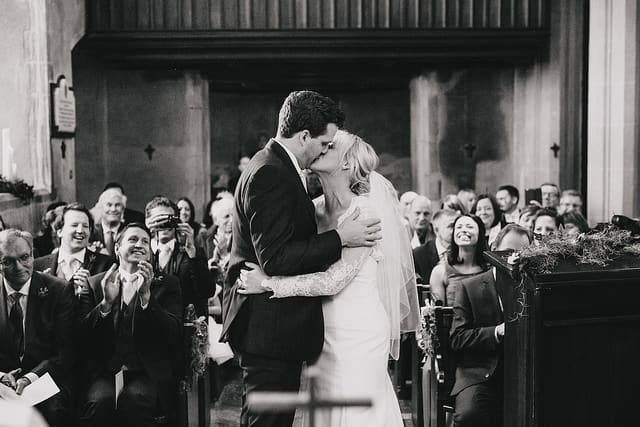