The Path to Holiness Through Marriage 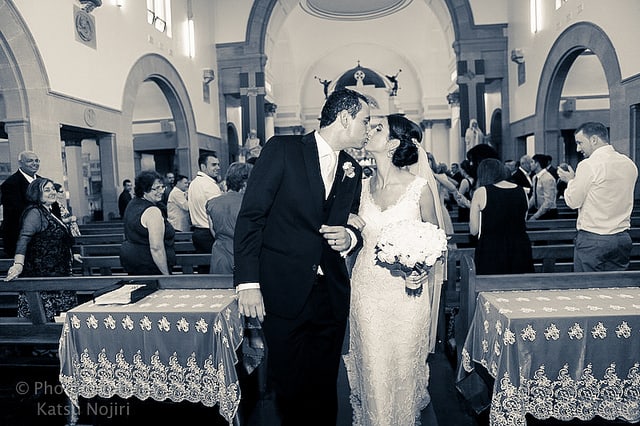 A few weeks ago, the Church in the United States celebrated National Vocation Awareness Week — bringing awareness to the vocations of the priesthood, diaconate and consecrated life.

I wondered why marriage wasn’t included, but as it turns out, there’s actually an entire different week of the year dedicated to marriage, the sacrament and vocation which society is built upon.

A lot of people say that marriage is under attack right now — and I tend to agree that it is. Among other factors, one of the most damaging issues may be that some (even some Catholics!) have ignored or forgotten that marriage is not simply a civil agreement, or a, “purely human institution.”

The Catechism of the Catholic Church recognizes that throughout the years, marriage has undergone changes, “… in different cultures, social structures and spiritual attitudes.”

And yet, even in spite of those changes, the Catechism states that, “… some sense of the greatness of the matrimonial union exists in all cultures.”

That’s good. That means people still value marriage, even if they don’t recognize it as a sacrament.

Kimberly Hahn, the wife of Scott Hahn, has said something very similar.

“Culturally outside the Church, but even inside the Church, I think there are a lot of people who assume getting married is really a change of name, but they don’t know how significant this calling is,” she says. “And it’s a vocation. That means it is a particular call to love, and it is a particular call to holiness, especially in conjunction with your spouse, so that the path to holiness really is not about doing it around your spouse — saying, “I want to be holy in spite of my husband” — but it should be very much alongside, with and through your spouse.”

Perhaps if we greater conform our marriages to this ideal, the fruit of it will be that more people will recognize this calling as exactly what it is: a sacrament.

Let’s have hope, and let’s pray for stronger marriages.