The Perfect Bond in Marriage 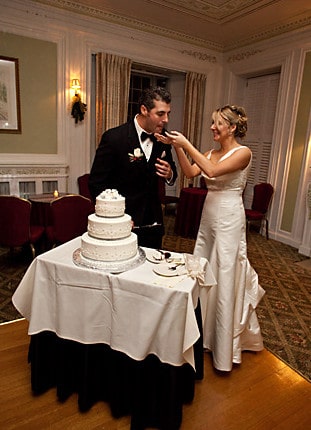 In today’s culture, it seems like more couples are sharing less.

Instead of two becoming one after marriage, sometimes it looks like two remain two…

That’s why this post was a really interesting read. It talks about the bond of marriage — what brings the two spouses together in the first place, how they are bound together as one flesh, and what that really means in a practical setting.

“The unity of will between a husband and wife that God establishes is realized also through a life that is fully shared. A marriage is contracted as a result of the consent of the spouses, and this consent needs to be renewed each day. If the spouses do not share a single will, then a unity of life is hardly to be expected.”

But like I said, more couples are sharing less…  Why?

The writer suggests it could be because more couples are choosing to live together before marriage.

And, “One of the typical effects of living together before marriage is to habituate the couple to semi-independent lives.”

After you get in the habit of living like that, as two independent people living under the same roof, it has to be hard to make that transition into marriage — into becoming one flesh.

But the bond that is created from marriage, from two becoming one, is very real. God creates something new between the two spouses.

And, if the spouses allow it, God can move their hearts so that the two want and will the same thing… He can strengthen their bond.

I think a lot of people would say that sounds nice – ideal, even, but is that really possible? And if it is, what is the key to experiencing that?

Specifically speaking, the kind of charity that can truly bring two hearts together is the charity of being open to new life in marriage.

“Children provide an actual basis for the unity of a couple… Indeed, if there is no readiness to receive children from God, then there is no marital bond.”

Even if children don’t come or if the couple has discerned that they are diligently delaying pregnancy, the couple can be brought so much closer to one another through their trust in God regarding new life in their marriage.

It doesn’t seem so easy for a couple to stray away from one another if the two are discerning (continuously!) God’s will for their marriage and family – especially if they are sharing the work of doing this, together.