The Power of A Simple Invitation 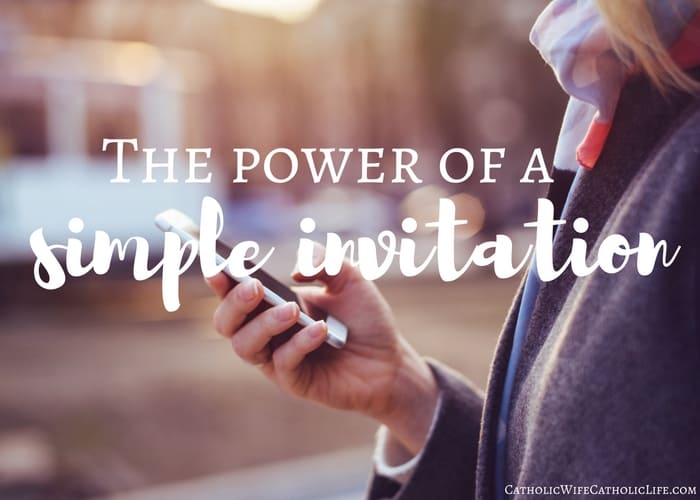 This weekend I was reminded about the power of a simple invitation.

Over the weekend, my husband was speaking at a pro-life student leadership retreat at the Newman Center at the University of Illinois. That’s where we both went to college, and that’s where I was living as a student when I met him (at the time, he had already graduated college five years prior and was running a pro-life non-profit, which you can read about here).

While he was speaking, my girlfriend, who was working at the retreat, sent me this photo of him and it reminded me of a funny story… 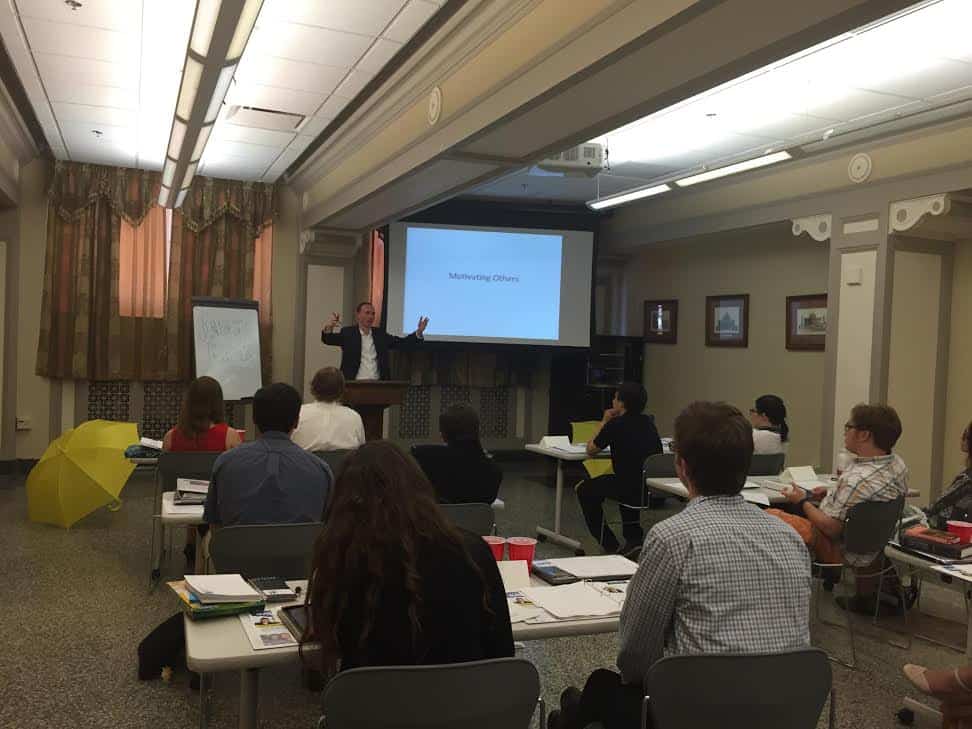 You see, I actually got to see my husband speak in this very same room about six years ago.

I showed up because he texted me telling me about this great pro-life student event and talk he would be giving that night, and since I thought he was personally inviting me (me!), the least I could do was show up… and stay until everybody else left so I could thank him for the invite. And talk to him since I liked him. 😉

And then I found out that he did not invite only me.

That was not a very personal invite at all.

It was a group text.

And I was just one of many.

I was not all that special, although if he were to tell you the story right now, he would say that I was — because he’s sweet and kind like that. 😉

But I can’t help but laugh at the whole situation. It’s funny!

I really did think that he had invited me, personally, and that I was set aside from everybody else — and that’s why I showed up!

It can make someone feel like you care about them (hopefully you do), and that you thought of them.

And that’s what makes people show up — even to something they may not have otherwise ever gone to. Like a pro-life student event.

It’s knowing that there’s one other person who will be there and who wants you there too.

And let’s get honest here, a lot of people don’t like showing up to things on their own. It’s intimidating, it can be overwhelming, and they don’t know where to begin.

So the next time you’re thinking of an event you want people to come to — whether that’s Mass, a pro-life event, a Bible study or faith-sharing group, etc., consider reaching out and inviting people, personally. Face to face. Or in a text message will do too.

Just invite them, and be there when they show up, and be welcoming and friendly.

That can go a long way.

For me, it opened the door to getting to know my future-husband better. <3

Who knows what it could do for you? 😉